Why Jayalalithaa is wrong on Vishwaroopam

This is from an article by Soli Sorabjee in The New Indian Express ‘There are limits to an advocate’s licence too’. It shows why the Tamil Nadu Chief Minister, Ms J. Jayalalithaa was wrong when saying the State had the right to ban films. 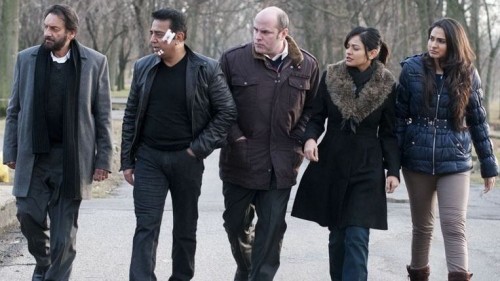 “If any group or body is dissatisfied with the board’s decision, it can adopt corrective remedies under the Act or file a writ petition in the high court. It is certainly not open to a dissatisfied party to threaten use of force or violence to stop the release of the movie. Far worse, it is for the state to justify the ban because of apprehension of breach of law and order. This issue was squarely decided on March 31, 1989, by the Supreme Court in the case of a movie Ore Oru Gramathile. In that case, the state’s plea was that in view of the threats of demonstrations and violence by certain organisations and political bodies who were offended by the theme of the movie, exhibition of the movie would create serious law and order problems and hence the ban. The Supreme Court was “amused yet troubled” by the state’s stand. Justice Jagannatha Shetty delivering the landmark judgment of the Court observed that “freedom of expression cannot be suppressed on account of threat of demonstration and processions or threats of violence. That would tantamount to negation of the rule of law and a surrender to blackmail and intimidation”. The court further held that “it is the duty of the State to protect the freedom of expression. The State cannot plead its inability to handle the hostile audience problem. It is its obligatory duty to prevent it and protect the freedom of expression” which “cannot be held to ransom by an intolerant group of people”.”

More from FilmsMore posts in Films »